Knowing the trustees' vindictive track record and to safeguard our interests Arunashri, Nivedita and myself, went to Delhi.

In the first week of April 2005 we met Dr. Girija Vyas-ji, the then NCW Chairperson and Mrs. Nirmala Sitharaman-ji, the then South Zone Head of NCW. We asked whether any report of enquiry had been submitted by SWC to NCW, as alleged in ‘The Hindu’ on 19.01.2005. We also informed them that no such copy had been furnished to us, in spite of our request, by SWC and if we could be provided with a copy of this alleged enquiry report. Even though the office was searched, no report to this effect was found. So, we requested Dr. Girija Vyas-ji to reopen our case and help us. She assured us help but said no relief could be given immediately without going through the case records.

Desperate for immediate relief we approached the National Human Rights Commission, New Delhi, (NHRC). After hearing us patiently Dr. Justice Shivaraj Patil-ji, (retd.) then a member of the commission, expressed unhappiness at our plight and harassment, especially since the same was being caused at Sri Aurobindo Ashram, Pondicherry. He had been a former Justice at Madras High Court and had great regard for Ashram. He directed us to give a written complaint, which we did on the same day of our meeting.

Thereafter we returned to Pondicherry and were caught up in the fresh case O.S. No.409/2005 filed for preventing the trustees from illegally expelling us from Ashram based on the impugned report of A.V. Nagarajan. After hearing our case on 28.04.2004 Mr. N. Krishnasamy, (Hon’ble Judge of PDM, Pondicherry) granted us exparte injunction on merits. Thereafter on 10.06.2005 this injunction was made final after conducting a thorough enquiry on both sides. (See posting dated 07.02.2005)

Pretending to correct their illegal act, Mr. Meena, (then IGP) constituted an enquiry by appointing one N.T. Sivadasan, as the enquiry officer, who also conducted no proper enquiry. However his alleged report never reached us nor was ever forwarded to NHRC. The trustees fabricated this report in 2008 with the help of N.T.Sivadasan for filing the same in their C.R.P. No.3314/2007. The trustees also circulated this report as report of NHRC to thwart our claims of sexual harassment and project us in bad light. (See posting dated 15.07.2008).

Our RTI application and the answer from NHRC are produced below. 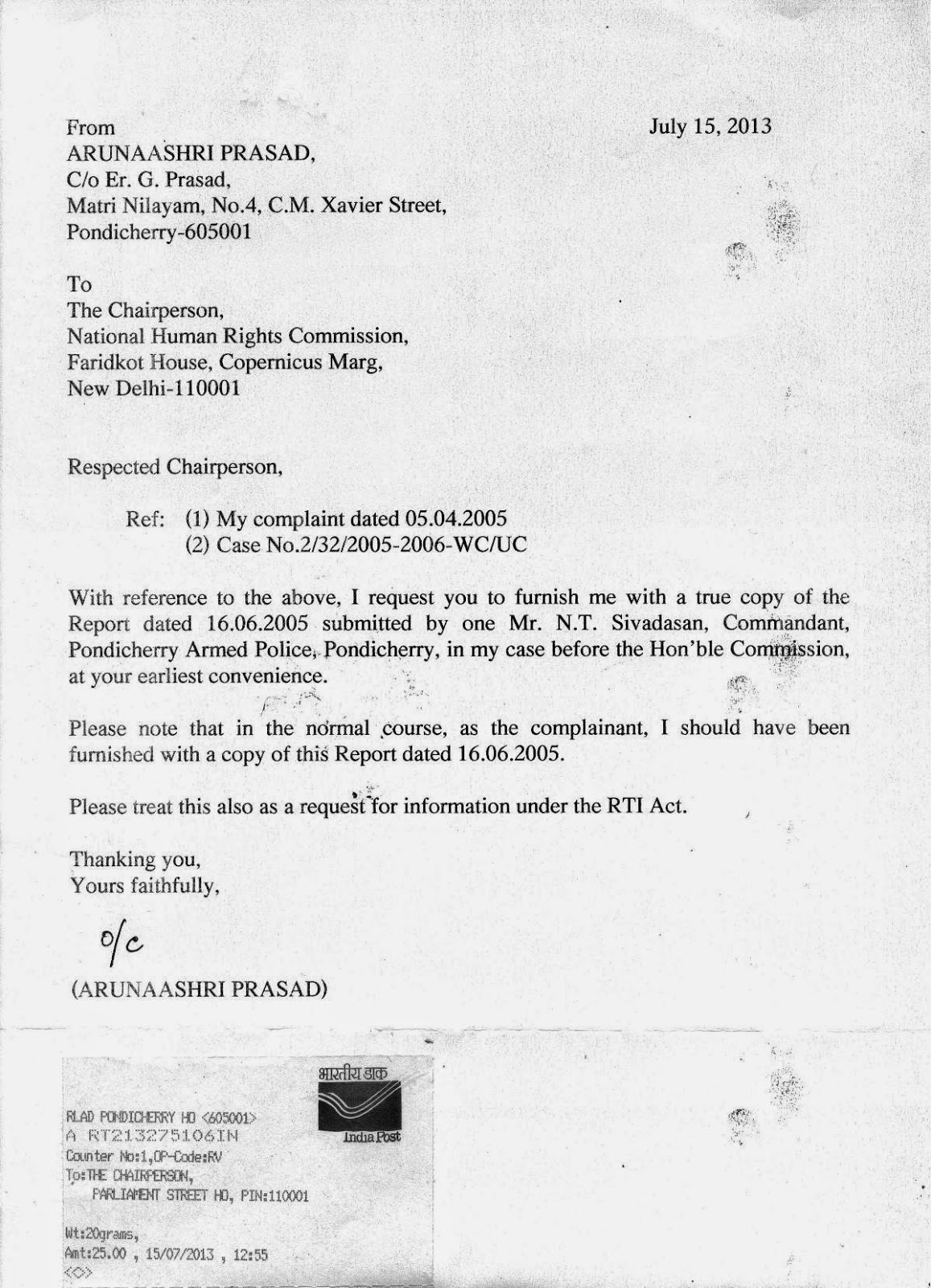 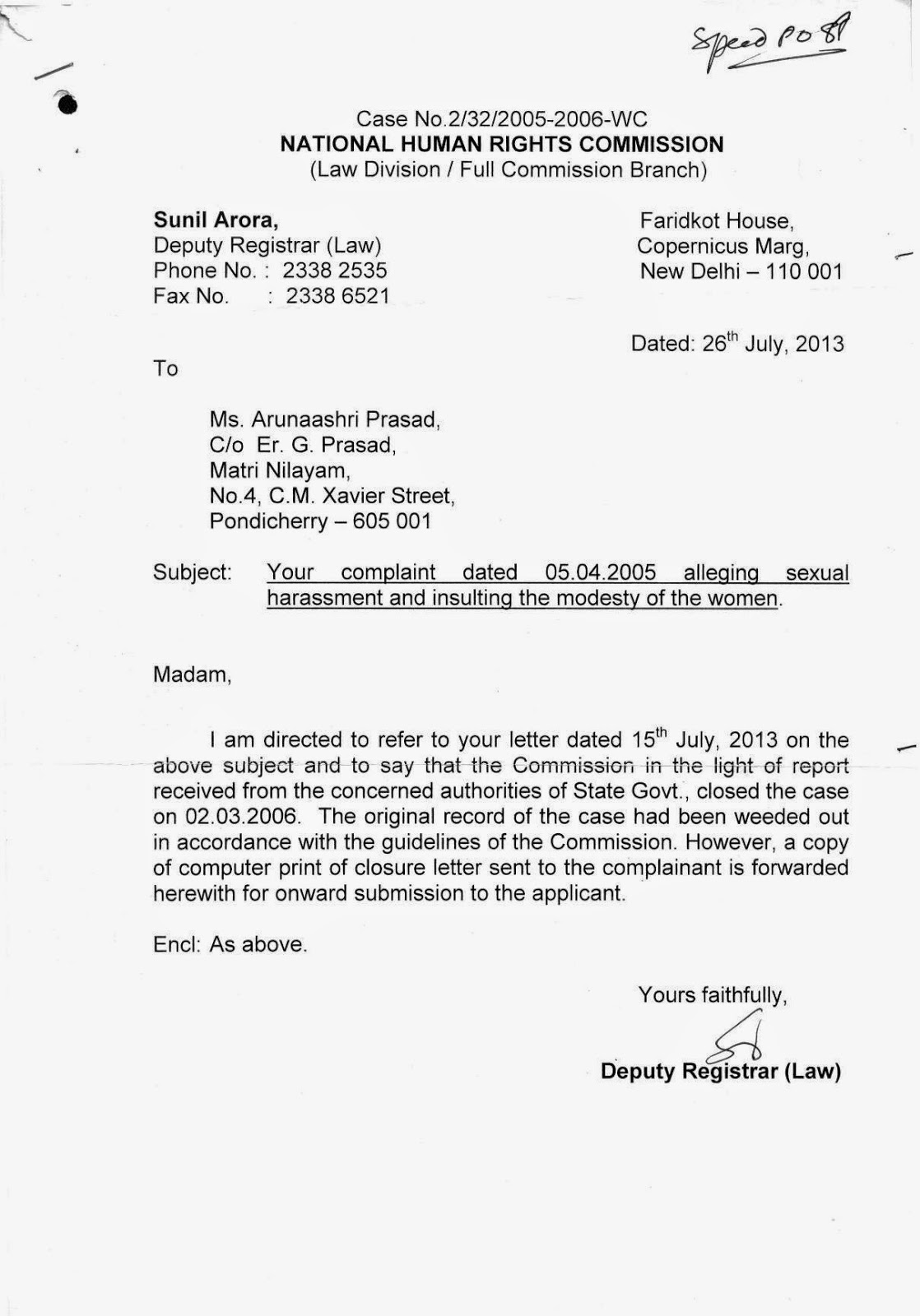 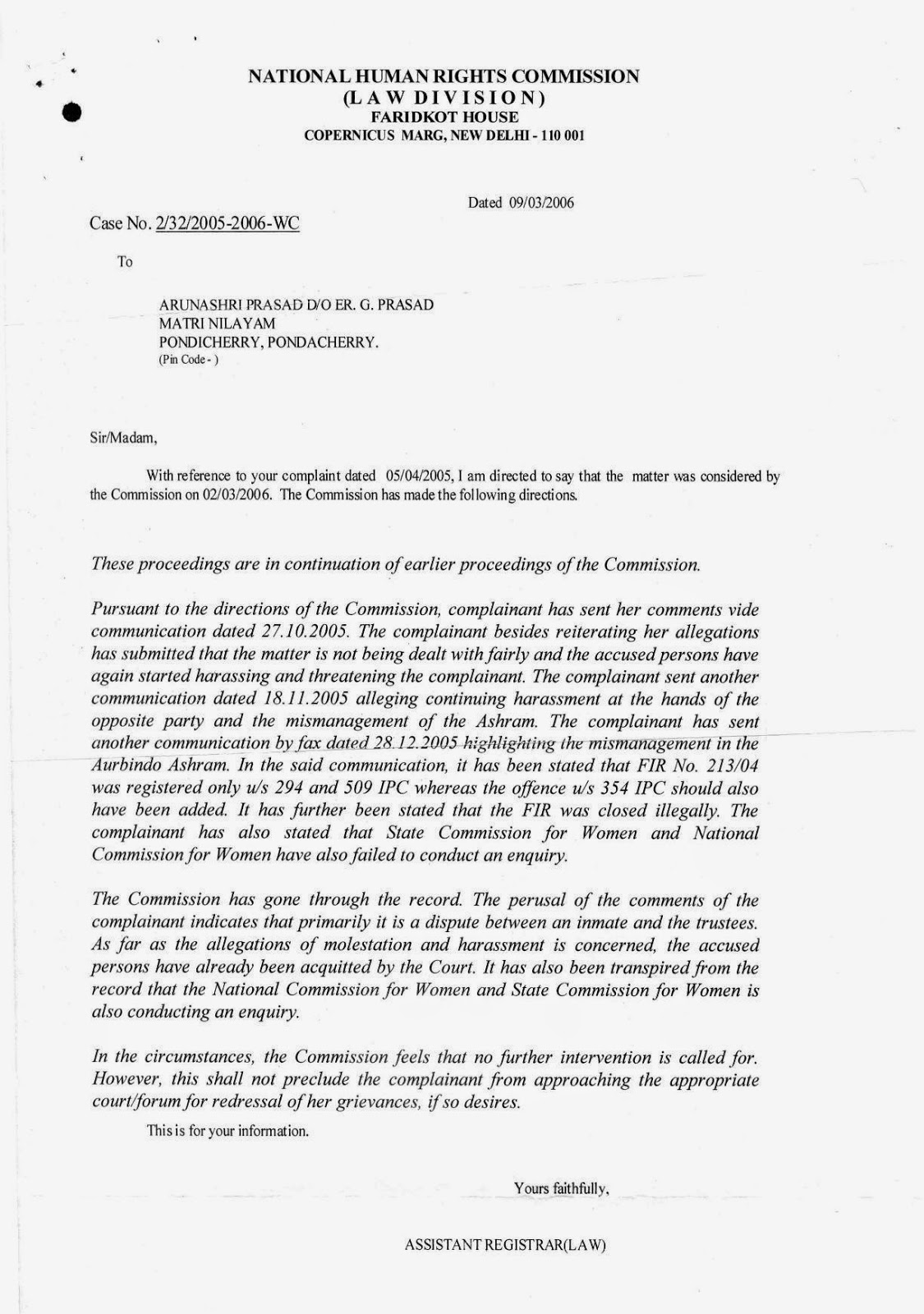